Kermit the Frog was a fixture in multiple Jim Henson productions and appearances throughout the 1950s and 1960s. This was no exception when Sesame Street premiered in 1969 where the frog became a significant presence all while continuing to appear in other Muppet projects.

Even before Sesame Street hit the airwaves, Kermit was being used in a pitch reel for the purposes of explaining the concept to broadcasters, and ultimately featured in the premiere episode. He would go on to star in several sketches and songs, as well as the occasional street plot.

At one point in 1970, Kermit was going to be dropped from the show due to criticism that the character was too commercial. Look magazine reported that "when the new season starts November 9, expect changes. There will be no more know-it-all frog, since Kermit, the one Muppet who is not exclusive to Sesame Street, is opting out to do commercials."[1] Time Magazine reported with slightly more detail: "Kermit the Frog is being canned for commercialism. When Sesame Street was just a glint in Joan Ganz Cooney's eye, Kermit taped a special in Canada. When it was given a network airing, the frog was compromised. Or so Henson decided. .... He is being phased out of the show. He will be replaced by such Muppets as Herbert Birdsfoot and Sherlock Hemlock."[2]

However, Kermit's absence from the show did not last. The frog returned in the third season, but was considered more of a guest than a regular character.[3] In fact, Ernie refers to Kermit as a guest star in the introductory special This Way to Sesame Street, and some merchandise names him as such.

Since Disney's acquisition of The Muppets in 2004, Kermit has appeared once in a cameo on the show during Elmo's World: Frogs in the season 40 premiere. Ten years later, one version of Christine Ferraro's script for the Sesame Street 50th anniversary special includes Kermit among a call list of Muppet characters who appear.

One of Kermit's most famous roles on Sesame Street was that of a news reporter for the Sesame Street News Flash segments, interviewing characters from nursery rhymes and fairy tales. Kermit's Lectures have covered such topics as letters, body parts, and opposites, and he has taken part in several talk spots with kids. Kermit often appeared alongside Grover or Cookie Monster in these segments.

Kermit also served as a director in several sketches including a film adaptation of Oklahoma! with Forgetful Jones, directing Forgetful Jones going through the door in a western, a stage adaptation of "Goldilocks and the Three Bears", working with Gladys the Cow on a dance sequence, and casting for a performance of "The Three Little Pigs". He also appeared in the "Monsterpiece Theater" segment "Gone with the Wind," as well as a "Miami Mice" sketch.

Kermit was also seen at his home on Sesame Street: Grover the Salesman would often come to Kermit's house and sell things a frog can't use (such as toothbrushes and earmuffs). He also appeared outside the home in such situations as buying a custom T-shirt and delivering a package to the post office.

Some of his most notable songs include "Bein' Green", "This Frog", "I Love My Elbows", "African Alphabet", "A Song from Kermit", "On My Pond", and "Caribbean Amphibian" among several others.

Miscellaneous
Add a photo to this gallery

While the majority of his appearances on Sesame Street were in inserts, Kermit has occasionally appeared in street scenes and plots as well.

Kermit appears in a scene with Bob and Sally sitting at a kitchen table.

Kermit plays "Three of These Things" with Susan.

Kermit pops up in unexpected places.

Kermit holds up the letter K on the stoop of 123 Sesame Street.

Kermit compares the bodies of children with a snake, and learns Spanish from Maria.

Kermit is seen talking to Susan in the background.

Kermit reports on a hurricane coming to Sesame Street. 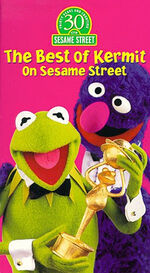 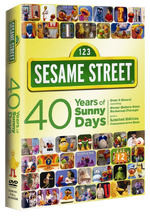 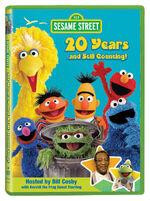 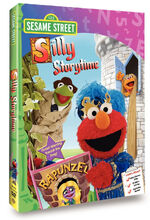 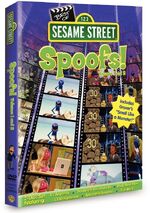 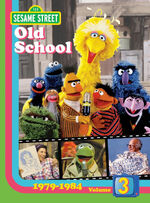 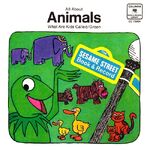 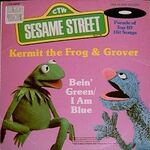 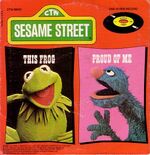 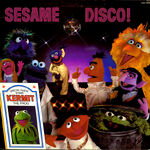 Sesame Disco!
(1979)
listed as "guest star" and featured in booklet 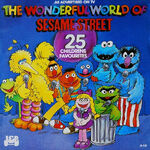 The Wonderful World of Sesame Street
(1980) 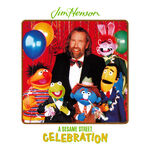 Jim Henson: A Sesame Street Celebration
(1991)
also in the booklet
Add a photo to this gallery

Start a Discussion Discussions about Kermit the Frog on Sesame Street