King Kong is a giant ape who became a very big movie star with his 1933 film, followed by a handful of sequels and remakes including a Japanese movie called King Kong vs. Godzilla where King Kong fights Godzilla.

He has been spoofed in numerous Muppet productions, his iconic climb up the Empire State Building being a frequent target of parody. 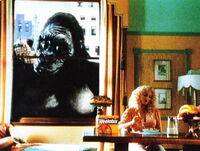 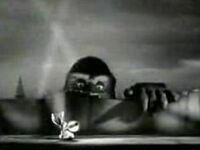 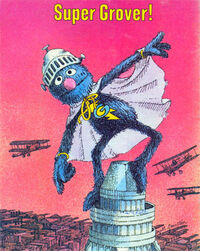 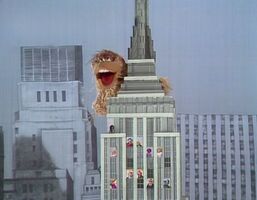 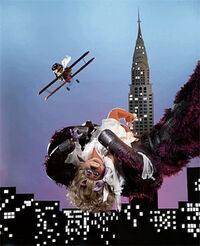 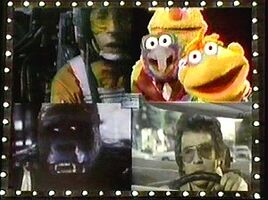 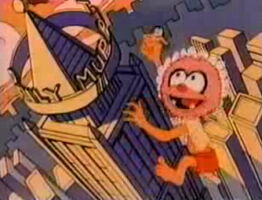 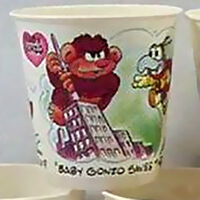 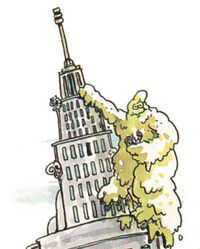 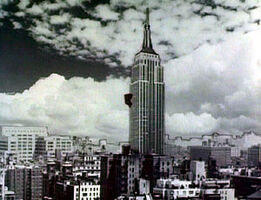 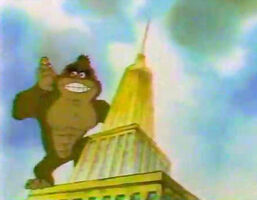 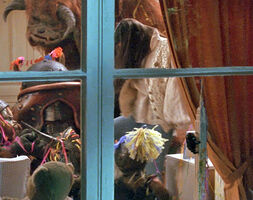 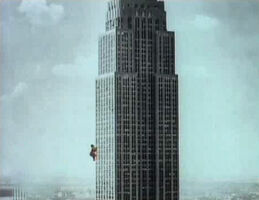 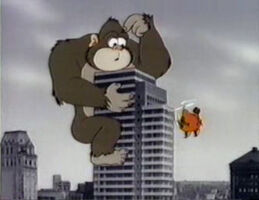 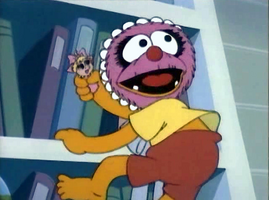 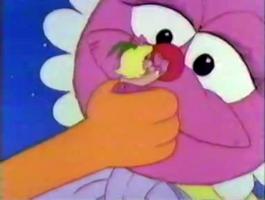 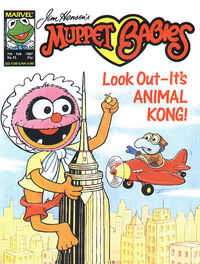 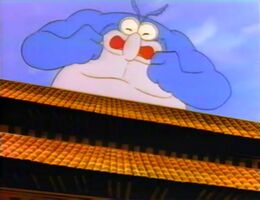 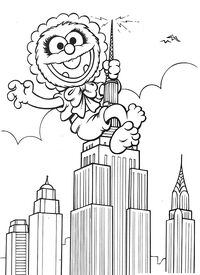 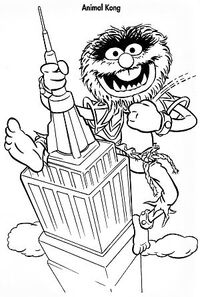 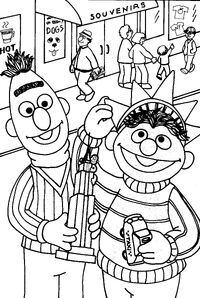 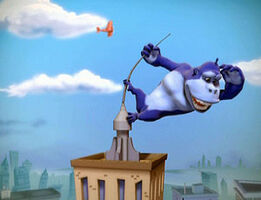 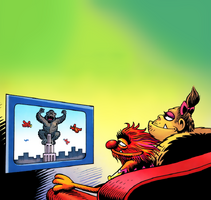 Animal and Meredith in The Muppet Show Comic Book: The Four Seasons
(2012) 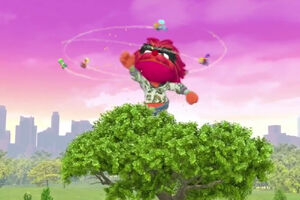 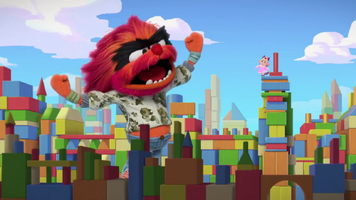 Wikipedia has an article related to:
King Kong
Community content is available under CC-BY-SA unless otherwise noted.
Advertisement