Klasky Csupo is an animation studio founded and named after Arlene Klasky, Gábor Csupó and their nephew Attila Csupó. The company's many credits include a number of Nickelodeon animated series (including Rugrats, The Wild Thornberries and As Told By Ginger) and the initial shorts and seasons of The Simpsons.

In 1990, the company produced several animated shorts for Sesame Street. 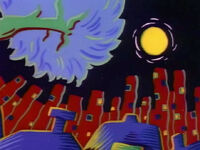 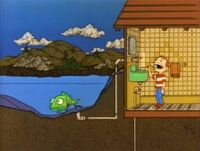 Water Conservation
Director: Peter Chung
Add a photo to this gallery
Wikipedia has an article related to:
Klasky Csupo
Retrieved from "https://muppet.fandom.com/wiki/Klasky_Csupo?oldid=1093734"
Community content is available under CC-BY-SA unless otherwise noted.