La Feria de Chapultepec was a theme park located in Mexico City, Mexico. The park first opened in 1964 under the name Juego Mecanico de Chaputepec, originally operated by the Mexican government. In 1992, Grupo CIE bought the park, which was then renamed La Feria Chapultepec Mágico. In 2015, the park changed to its final name while under ownership of Ventura Entertainment.

In 2018, the park added a Sésamo area with rides and stage shows. Walk-around characters also appeared at the park greeting guests.

La Feria de Chapultepec closed on October 13, 2019 as a result of the park's poor maintenance after a fatal accident on the Quimera roller coaster made headlines in late September. 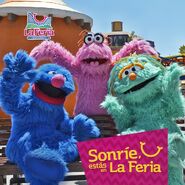 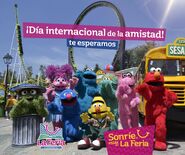 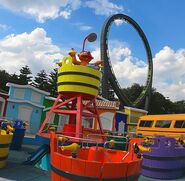 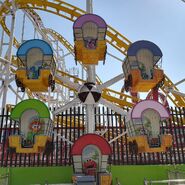 Toc, Toc, Oscar
Add a photo to this gallery

Retrieved from "https://muppet.fandom.com/wiki/La_Feria_de_Chapultepec?oldid=1235827"
Community content is available under CC-BY-SA unless otherwise noted.