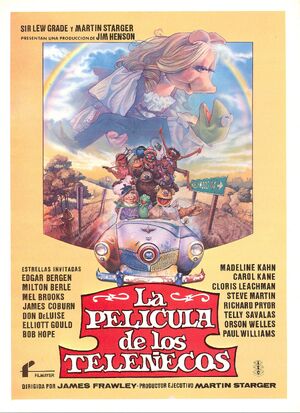 La Película de los Teleñecos is the Spanish Castilian dub of The Muppet Movie in Spain.

The movie was first released on June 15, 1981 in Cartago and Vergara Madrid Cinemas. It was distributed by Filmayer, a now-defunct company who also distributed many Walt Disney movies.

This movie was originally released in Spain with the original 1979 Latin Spanish dub, which was common for a majority of dubbed movies at the time, especially with the Walt Disney films distributed by Filmayer.

In 1993, the Castilian dub was released for the first time on VHS in Spain with a new title, Los Teleñecos van a Hollywood: La Película (The Muppets Go to Hollywood: The Movie). It was released by Jim Henson Video and manufactured by Disney.

In 2005, Disney launched the movie in a Kermit's 50th Anniversary Edition, recalling it by the Disney name included in the 1993 VHS.

In 2012, Walt Disney Home Entertainment re-released the movie on DVD as part of the Los Muppets: La Coleccion series of classic Muppet movies to promote the DVD release of Los Muppets. 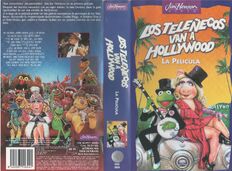 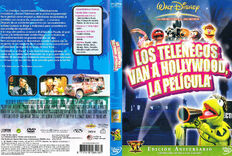 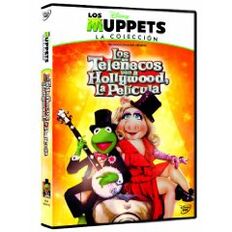 DVD2012
Walt Disney Home Entertainment
Add a photo to this gallery
Retrieved from "https://muppet.fandom.com/wiki/La_Pel%C3%ADcula_de_los_Tele%C3%B1ecos?oldid=1297301"
Community content is available under CC-BY-SA unless otherwise noted.