Lea DeLaria (b. 1958) is an American comedian, actress, and jazz musician most well known for her role as Carrie "Big Boo" Black on the Netflix series Orange is the New Black.

DeLaria appeared at the Elizabeth A. Sackler Center for Feminist Art when Miss Piggy was honored for her contribution to feminism in popular culture. She has also visited the set of Sesame Street as Orange is the New Black also films at Kaufman Astoria Studios.

DeLaria is credited as the first openly gay comic to appear on a late-night talk show with her 1993 appearance on The Arsenio Hall Show.

Among DeLaria's credits are appearances on Broadway in the musicals The Rocky Horror Picture Show and On the Town, the Pixar film Cars 3, the soap opera One Life to Live, and the TV series Friends. 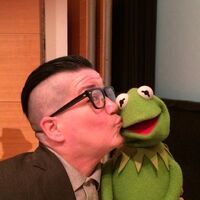 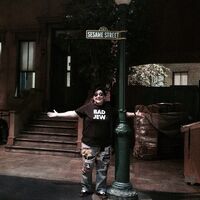 Wikipedia has an article related to:
Lea DeLaria
Retrieved from "https://muppet.fandom.com/wiki/Lea_DeLaria?oldid=1238554"
Community content is available under CC-BY-SA unless otherwise noted.