Learning Horizons was an educational publisher which produced a series of Sesame Street workbooks and flashcard sets between 2005 and 2010. Many of these were also made available in bilingual editions.

In addition to the sets covered on the above pages, Learning Horizon also put out the following individual titles: 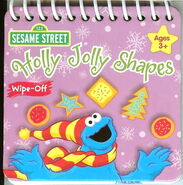 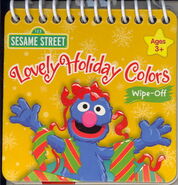 Lovely Holiday Colors
2007
Add a photo to this gallery

The company was originally owned by American Greetings.

Retrieved from "https://muppet.fandom.com/wiki/Learning_Horizons?oldid=1095193"
Community content is available under CC-BY-SA unless otherwise noted.