Len Glasser, also credited as Leonard Glasser, was an animation artist who contributed four animated inserts to Sesame Street during season 12. He supplied all of the male voices, while Joanne Glasser took the female roles.[1]

Glasser worked for Terrytoons in the late 1950s and was involved in the TV series Tom Terriffic. He was the designer of Ernie Pintoff's shorts The Interview and The Old Man and the Flower and directed for Fred Calvert's I Am the Greatest animated series. His own firm, Stars and Stripes Productions, produced commercials and shorts. He later worked with Buzzco Associates, Inc. and other credits include stints on Rugrats and The Adventures of Sonic the Hedgehog. 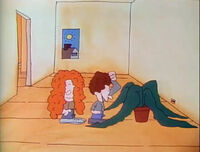 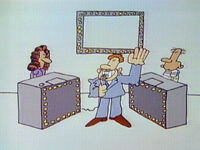 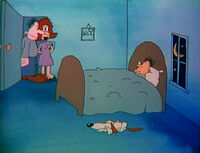 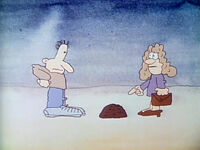