Leon is a pink lizard with bulgy eyes who appeared regularly on The Jim Henson Hour. His two biggest interests are bikini shows and money. Leon is prone to pulling Gonzo into his schemes, and in one episode he referred to Kermit as "cuz", implying that their cold-blooded relation made them cousins.

In addition to The Jim Henson Hour, Leon featured prominently in the "Cliff's Nightmare" episode of The Cosby Show, where he conned Cliff out of his money into buying elevator passes. 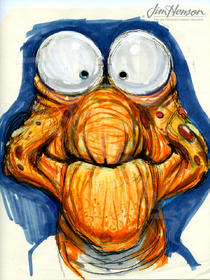