Les Misérables is a 1980 French musical by Claude-Michel Schönberg and Alain Boublil (with Herbert Kretzmer adapting it to English) about prisoner Jean Valjean, who breaks his parole and starts his life anew, with officer Javert constantly pursuing him. It is based on the book of the same name, written by Victor Hugo, and is the third longest running musical on Broadway.

Jim Henson saw Les Misérables on Broadway several times while living at the Sherry-Netherland in New York City in the late 1980s, and he especially adored Jean Valjean's heartfelt solo "Bring Him Home."[1] Louise Gold sang the song at Henson's New York memorial service on May 21, 1990. 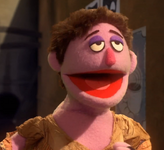 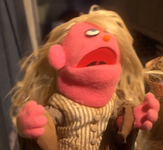 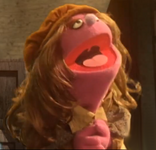 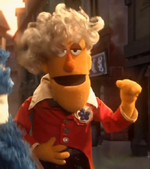 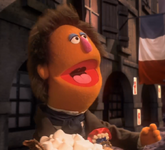 MarshmallowiusJohn Tartaglia
Add a photo to this gallery

Wikipedia has an article related to:
Les Misérables (musical)
Retrieved from "https://muppet.fandom.com/wiki/Les_Misérables?oldid=1346341"
Community content is available under CC-BY-SA unless otherwise noted.