The video begins with Big Bird telling the viewers that Mr. Snuffleupagus is bringing a surprise to the arbor area, and the surprise involves his portable TV (as it turns out, a Snuffleupagus-sized portable TV is the same size as a regular one). Luis hooks up a video console to the TV, which includes the controller used on the Interactive-Vision. Luis tells them that they might have more fun figuring out how to use it themselves, and leaves the instruction manual.

Big Bird and Snuffy read the manual, and suddenly, images cover the screen (none show up if viewed without the console). They learn that they and the viewer have to wiggle the stick to remove the images, as Snuffy sings a song, "Wiggle the Stick".

After that, Forgetful Jones shows up and is sad because he has forgotten his favorite number. Big Bird and Snuffy help by telling the viewer to use the right button to pick a favorite number for Forgetful (the choices are 8, 5, 2, and 4, but every time you play the video from the beginning to the end, the number choices are different). After a number is picked, Forgetful Jones thanks them and points out that the Count is on TV, singing "That's What Counts" (First: Episode 1954).

Afterwards, Elmo and Oscar the Grouch argue over who gets to tell the "A the Ape" story. Oscar doesn't want Elmo to tell it because he'll make it sound cute, and Elmo doesn't want Oscar to tell it because he'll make it sound grouchy. The viewer then gets to choose which one tells the story, and that character's voice-over is heard narrating an A cartoon about an ape who escapes from a train and goes to a birthday party (First: Episode 0293) (if neither is selected, Elmo is automatically chosen).

Forgetful Jones comes back because he forgot what his favorite number is again. Big Bird asks the viewers if they remember the number they chose, instructs the viewers to press a button whenever that number appears on-screen, and then shows the "greeblies" cartoon (First: Episode 0006). Following this sequence, Snuffy is seen in Big Bird's nest area, singing "Bubbles, Bubbles, Bubbles" (First: Episode 2017) while playing with bubbles in a small waiting pool (Big Bird, in voice-over, tells the viewers to use the controller to pop as many bubbles that appear on-screen as possible).

Don Music shows up with his piano, asking Big Bird, Snuffy, and the viewers to help him write his next song. Don gives the viewers a number of choices for what to include in the song, having the viewer choose between a duck and a cow, elbows and earlobes, the colors yellow and purple, and broccoli and spaghetti, and then sings a variation of "Mary Had a Little Lamb" (if no selection is made, then the first of each choice is automatically chosen). After the song, the group watches Cab Calloway sing "Jumpin' Jive" (First: Episode 1575).

At the end, Luis comes back, and Big Bird and Snuffy tell him about what they learned. As the credits appear, an image of clouds (previously glimpsed at the beginning) appears. Big Bird tells the viewers to click on that picture when it appears again at the beginning next time they watch the video for a surprise. 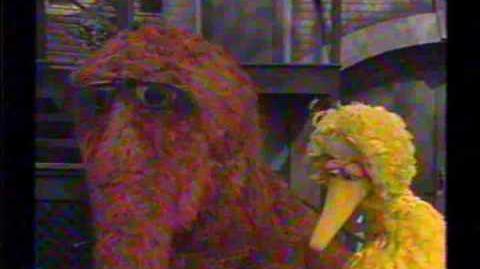 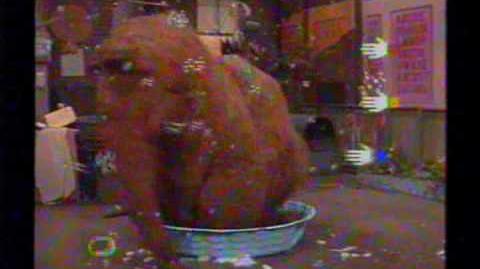 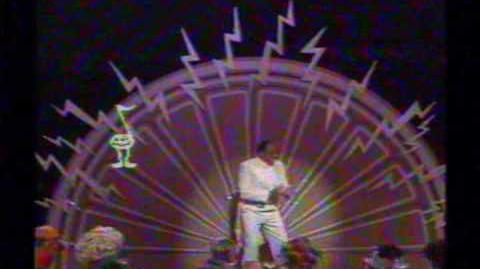 Retrieved from "https://muppet.fandom.com/wiki/Let%27s_Learn_to_Play_Together?oldid=1262829"
Community content is available under CC-BY-SA unless otherwise noted.