There have been several unnamed characters that have appeared on Sesame Street in the role of a Librarian.

In a Cookie Monster sketch, a Large Lavender Live Hand Anything Muppet librarian (performed by Richard Hunt) became extremely frustrated due to Cookie's inability to comprehend that the library doesn't have cookies.

A different librarian character was featured in a spot with David singing "The People in Your Neighborhood". This librarian was an Orange Gold Anything Muppet performed by Jim Henson.

Yet another librarian appeared in a sketch with Grover. This Green Anything Muppet Librarian (performed Jerry Nelson) kept telling Grover, who was trying to explain what goes on in a library, to talk more and more quietly until he could not be heard at all.

Other librarians in the Sesame Street universe include Linda, Lisa, Mrs. Turow, Dalia, and Jesse. While not officially librarians, Maria worked as a part-time assistant at the Sesame Street Library when she was still in school; and Grover would often assist her at the library. Frankie is a library worker in "Honk If You Love Libraries", which also features Grover claiming to be a library expert. 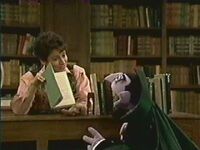 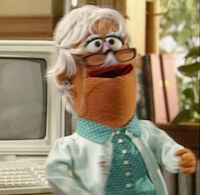 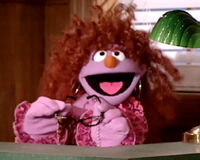 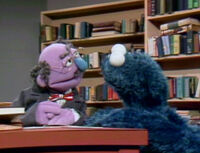 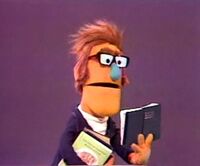 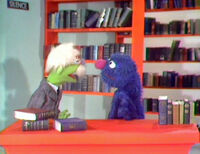 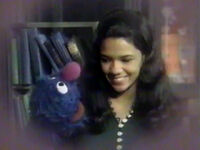 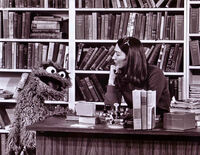 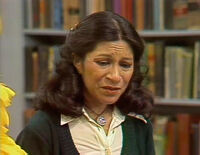 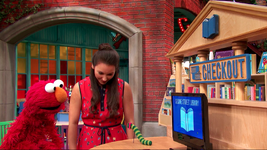 Frankie by the checkout station