Lite-Brite is an electric toy originally introduced by Hasbro in 1967. The toy is a backlight that shines through multi-colored pegs on a board to create an image. The toy comes with patterns printed on black paper, with instructions on how to make pictures. Refill packs are sold separately, with more picture patterns.

Hasbro released three Muppet-related refill packs in the early 1980s: a Muppet set featuring Kermit the Frog and Miss Piggy in 1983, and two sets in 1985: Fraggle Rock and Muppet Babies.

The back of the Muppet Babies package incorrectly identifies Baby Rowlf as "Baby Ralph". 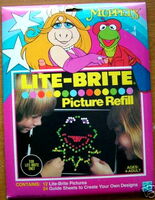 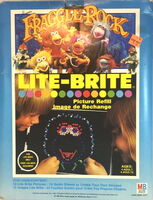 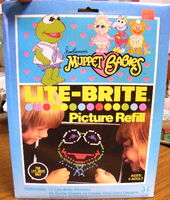 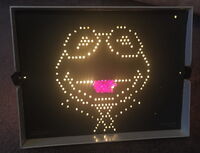 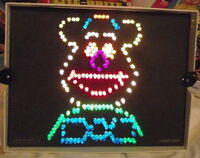 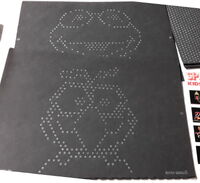 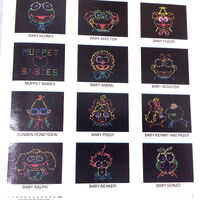 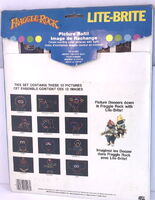 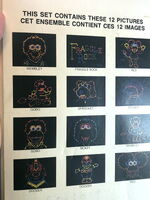 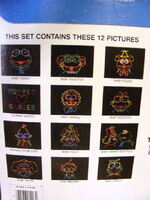 Add a photo to this gallery
Retrieved from "https://muppet.fandom.com/wiki/Lite-Brite?oldid=1095418"
Community content is available under CC-BY-SA unless otherwise noted.