Little Anything Muppets is the collective term used in CTW style guides for small Anything Muppet characters. Almost exclusively used for children or small animals (like the Three Little Pigs), Little Anything patterns are smaller than Green or Lavender. Though the pattern is basically identical, there are three primary color variants: hot pink (Prairie Dawn), reddish-magenta (Roosevelt Franklin), and Pumpkin-Orange (Ernestine). A lavender variation was also used at one time, as well as a green version without the regular Green's cone-shaped head.

Examples of Sesame Street characters made from Little Anythings include the following:

Bruce Rumpelstiltskin
Character.busbytwin.jpg
One of The Busby Twins

A cat from Has Anybody Seen My Dog? 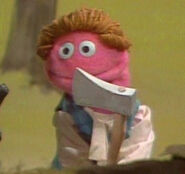 The Smallest Person in the Kingdom

Xavier
Add a photo to this gallery 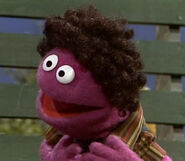 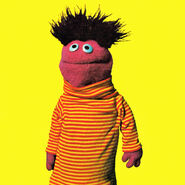 Five People in My Family Sister 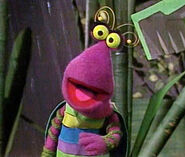 Tina Twiddlebug
Add a photo to this gallery

A monkey from Has Anybody Seen My Dog 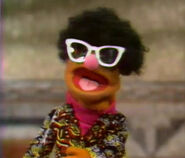 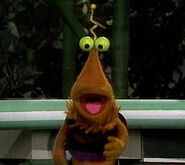 Timmy Twiddlebug
Add a photo to this gallery 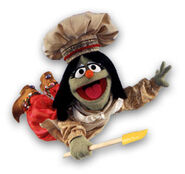 Jean the Genie
Add a photo to this gallery
Retrieved from "https://muppet.fandom.com/wiki/Little_Anything_Muppets?oldid=152551"
Community content is available under CC-BY-SA unless otherwise noted.