Little Children, Big Challenges: Divorce is a Sesame Street resource kit and video released online on December 10, 2012, with the full version of the video going online the next day, December 11. Like other resource video kits, it is also being made available on DVD to military families and to the general public through various family courts, counseling services, parenting and child care programs, and related outlets.

The 22-minute video features Elmo, Rosita, Gordon and Abby Cadabby. Abby explains that her mommy and daddy are divorced and shares the emotions she went through.

The video is the show's second attempt to explain the subject of divorce. Previously, they tried to show Snuffy's family going through the turmoil of divorce in an unaired 1992 episode, "Snuffy's Parents Get a Divorce," but it failed in the testing phase due to the emotions depicted being a bit too realistic, leaving the test audience upset. The producers went on a different route in making this project, focusing on how Abby has gotten over the divorce rather than going through the process.

The online kit also includes mp3 downloads of the "Bird Family" and "Big Feelings" songs from the video. 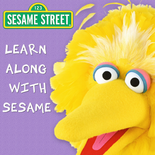 Retrieved from "https://muppet.fandom.com/wiki/Little_Children,_Big_Challenges:_Divorce?oldid=1185687"
Community content is available under CC-BY-SA unless otherwise noted.