Little Jack Horner is a nursery rhyme which was first published in 1764, but dates back further. Legend ties the rhyme to Thomas Horner, steward to the last abbot of Glastonbury, and who transported a pie with deeds to a dozen manors hidden in it, discovering the deeds during his journey. 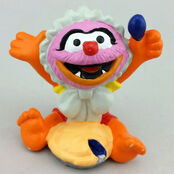 Baby Animal as Jack in a PVC from Applause. 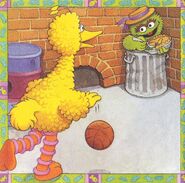 Oscar eating anchovy pie and telling Big Bird to go away.
Add a photo to this gallery
Wikipedia has an article related to:
Little Jack Horner
Retrieved from "https://muppet.fandom.com/wiki/Little_Jack_Horner?oldid=1208144"
Community content is available under CC-BY-SA unless otherwise noted.