Lola Falana (b. 1942) is a former dancer, singer and actress. Once dubbed the "First Lady of Las Vegas," Falana appeared in her own nightclub show on the strip. She was the highest-paid entertainer in Vegas during the 1970s and 1980s. "Whatever Lola Wants, Lola Gets" was her signature song. She was diagnosed with multiple sclerosis in 1987, and retired in 1996.

Falana was the guest star on episode 411 of The Muppet Show. 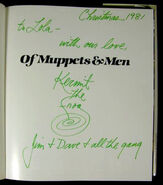 Falana's signed copy of Of Muppets & Men from Jim Henson 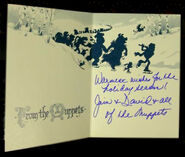 Wikipedia has an article related to:
Lola Falana
Retrieved from "https://muppet.fandom.com/wiki/Lola_Falana?oldid=1073211"
Community content is available under CC-BY-SA unless otherwise noted.