Los Muppets is the Spanish dub (released in Europe) of The Muppets. This marks the first time Spain has used the phrase Los Muppets, as opposed to Los Teleñecos (which is what the Muppets have been called in all previous productions and merchandise in Spain to date).

As part of the European promotion tour, director James Bobin, Peggy (Miss Piggy) and Gustavo (Kermit the Frog) traveled to Madrid on January 23, 2012, where they did several photo shoots and interviews for the Spanish media:

Gonzo
Add a photo to this gallery 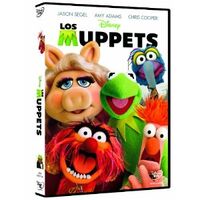 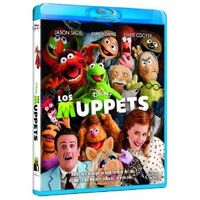 Retrieved from "https://muppet.fandom.com/wiki/Los_Muppets_(Spain)?oldid=1267165"
Community content is available under CC-BY-SA unless otherwise noted.