Lothar is a dragon-like monster who works for Cosmo Scam in the 1970 special The Great Santa Claus Switch. Lothar apparently lives in the cauldron of Cosmo Scam, and can fly. Lothar later made an appearance on The Dick Cavett Show, and also appeared in the audience of the wrestling match in The Muppet Show: Sex and Violence.

A refurbished version of the puppet with different eyes, fuzzier purple skin and a brown wig appeared on The Muppet Show in episode 217 (in the cold open) and in episode 324 (during the "There's a New Sound" musical number).

The refurbished Lothar puppet also made a cameo in The Muppets Take Manhattan at the wedding of Kermit the Frog and Miss Piggy, and also can be spotted in the "Waste Deep" PSA for Better World Society. 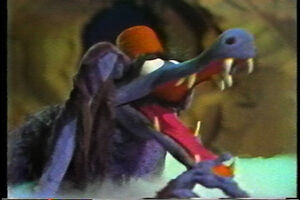 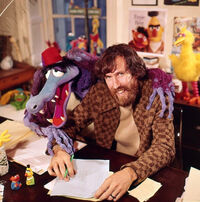 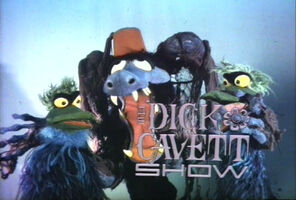 Lothar on The Dick Cavett Show 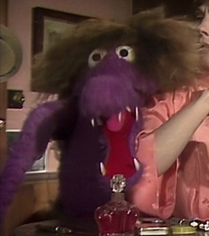 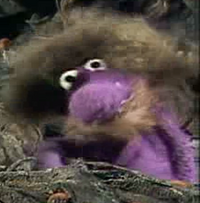 Lothar from Episode 324: Cheryl Ladd.
Add a photo to this gallery

Retrieved from "https://muppet.fandom.com/wiki/Lothar?oldid=1276419"
Community content is available under CC-BY-SA unless otherwise noted.