Love the Earth! is a Sesame Street DVD about environmental awareness. It was first released in 2008 exclusively at Walmart and Sam's Club stores, and later went to a wide release in 2009.

Papa Bear takes Baby Bear, Elmo and Zoe on a hike in Bear National Park so that they may earn a Bear Scout badge by spotting a Blue-Feathered Swallowing Swallow. Along the way, they learn about the beauty of nature and how best to take care of the Earth from the help of Park Ranger Squirrel. 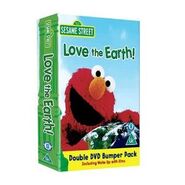 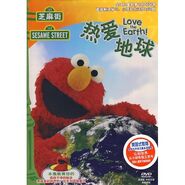 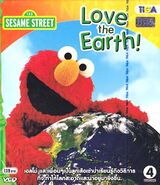 ThailandVCD
TIGA
Add a photo to this gallery

Retrieved from "https://muppet.fandom.com/wiki/Love_the_Earth!?oldid=1293386"
Community content is available under CC-BY-SA unless otherwise noted.