Ma Bear is Fozzie's mother. She debuted in The Muppet Show episode 216, in which she's present in The Muppet Theatre audience. Fozzie insinuated himself into all the acts that evening, but when he looked out into the audience, he found that his mother fell asleep.

She later joined her son in episode 410, where she danced as Mother Brown in the UK Skit "Knees Up Mother Brown." She's also mentioned in episode 503, standing off-stage (unseen) during Fozzie's comedy act.

Ma Bear later went on to play a key role in A Muppet Family Christmas (which took place in her farmhouse) and was also prominent in The Muppets at Walt Disney World. She made one more minor appearance portraying Ma Fozziwig in The Muppet Christmas Carol. A picture of mother and son can be seen in Muppets from Space, and Fozzie tells her to go home at the end of the credits for Muppets Most Wanted. Ma Bear returned, now performed by Matt Vogel, in two 2019 advertisements for Facebook Portal, and a 2020 web video celebrating Mother's Day.

Her extended family includes her younger son, Freddie; her brother (or brother-in-law) who left Fozzie his car when he hibernated; her father (or father-in-law), who played baseball with Fozzie; her nephew, who watched Fozzie's comedy act; and her husband Mr. Bear. She is also good friends with Statler and Waldorf and invites them to her house for Christmas and invites them along when she goes to Walt Disney World with Fozzie and his friends.

Ma Bear's influence is present in Fozzie's life even when she's unseen. She taught her son to always wash his hands after using the bathroom, even when using invisibility spray. In "The Muppets Stocking Stuffer Smorgasbord," Fozzie reveals that the Christmas sweater he is wearing was knitted by his mom. She made sweaters for everyone in Letters to Santa as a wrap gift. Two of them are seen in the special itself as Christmas gifts for Claire and her mom. 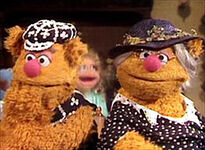 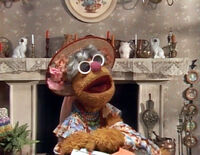 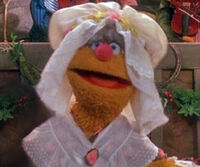 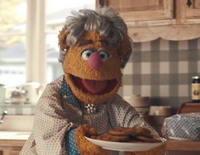 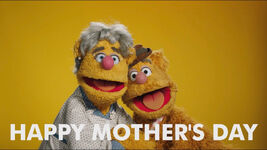 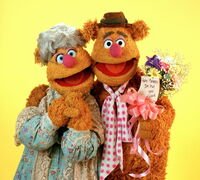 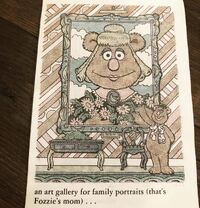 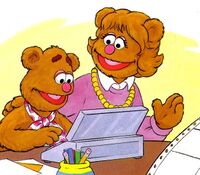 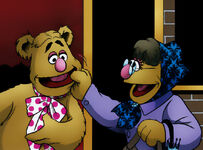 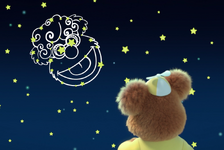 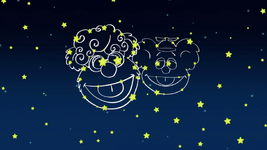