Fairy-in-training Abby Cadabby refers to her mother as Fairy Godmommy. According to a tweet by Abby, she is Cinderella's Fairy Godmother and she "majored in magic with a minor in gown design."[1]

In season 47 in 2017, it was revealed that Abby's mother was getting re-married to Freddy, a monster. Joining the family is Freddy's son, Rudy.

She was pictured in the 2018 music video "Do the Turkey Gobble Wobble." 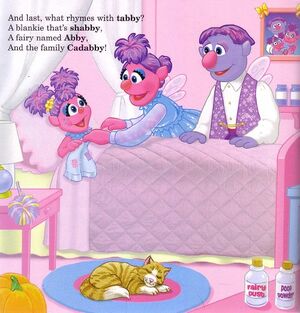 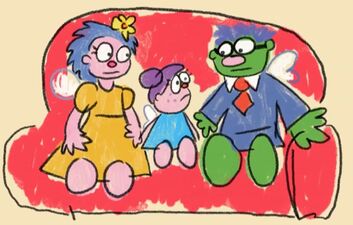 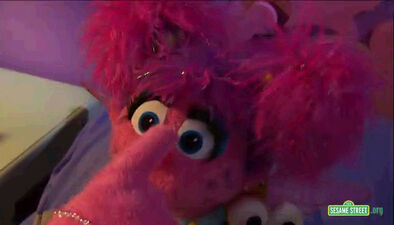 Mommy's hand.
Add a photo to this gallery

Retrieved from "https://muppet.fandom.com/wiki/Maggie_Cadabby?oldid=1123141"
Community content is available under CC-BY-SA unless otherwise noted.