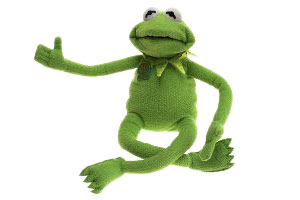 Magic Talking Kermit was released by Fisher-Price (and manufactured by Tyco) in 1999 as part of Sesame Street's 30th anniversary. To date, this Kermit the Frog plush is the only Kermit toy released in a Sesame Street line of toys.

The toy has a badge on its chest with the "Sesame Street 30th Anniversary" logo, and Jim Henson's signature under one of its feet. When Kermit's stomach is pressed, he sings a few lines of "Caribbean Amphibian." His mouth also opens and closes while singing, when pressed. Hold his mouth closed and he hums the song. He also says a few other things, including "Hi, ho! Kermit the Frog here!" and "Ribbit, ribbit!"

A short commercial for the toy was produced, briefly featuring Ernie and Bert enjoying time in the tropics. 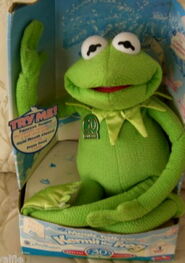 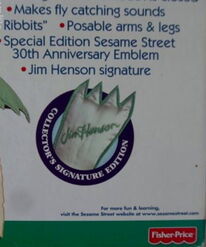 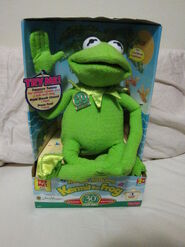 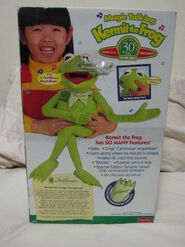 Magic Talking Kermit the Frog (back of box) 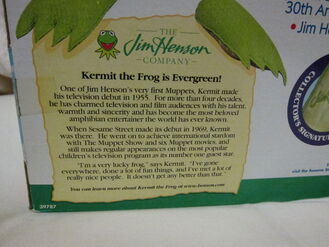 Kermit the Frog is Evergreen!