The skits were usually stand-alone segments, but some were included within the context of other material. The Chaplin character was joined in later seasons by a second Chaplin played by Linda Bove, who also played other unnamed characters, as well as Emilio Delgado.

The segments appeared on the show as early as season five, and many of them were written by Manzano, who reflected on them in a 2003 interview on Art Express: 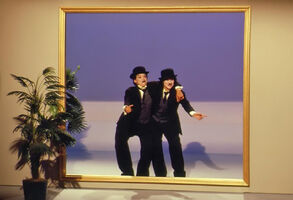 The mirrored Chaplins (Maria and Linda) pose for a photo. 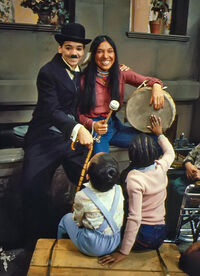