Norma Jeane Baker, better known as Marilyn Monroe (1926-1962), was an American actress, singer and model. Many of her screen performances have become iconic, and her dumb blonde persona became synonymous with the actress. Her films ranged from dramatic turns in Bus Stop to comical in Some Like It Hot. She has often been cited as a pop and cultural icon as well as an eminent American sex symbol. She graced the first issue of Playboy magazine, sang Happy Birthday to You to John F. Kennedy and her death continues to be shroud in mystery. 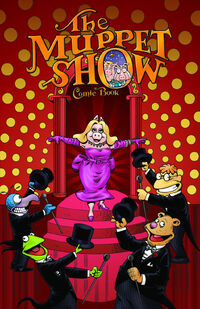 Piggy does her "Diamonds are a Girl's Best Friend" nod on The Muppet Show Comic Book. 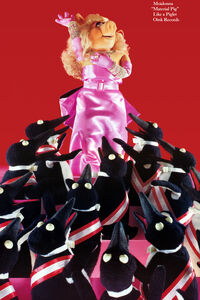 The "Moidonna" poster is a direct spoof of "Material Girl", itself an homage to Monroe's number from Gentlemen Prefer Blondes. 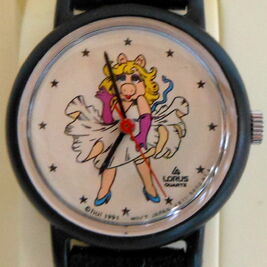 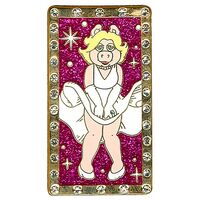 This design for a Disney pin was duplicated for a dangle charm. 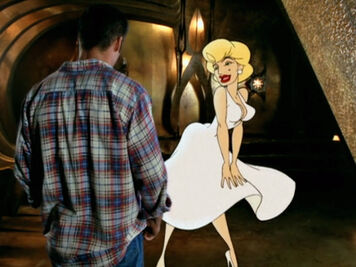 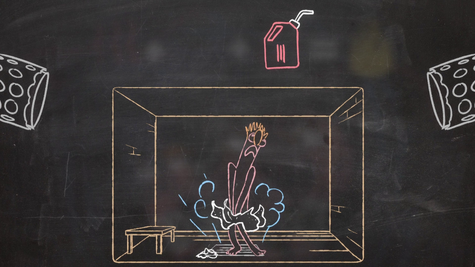 Beaker in Muppets Now
Add a photo to this gallery

Wikipedia has an article related to:
Marilyn Monroe
Retrieved from "https://muppet.fandom.com/wiki/Marilyn_Monroe?oldid=1306696"
Community content is available under CC-BY-SA unless otherwise noted.