Marshal Grover is one of Grover's recurring characters on Sesame Street. Assisted by his trusty steed, Fred the Wonder Horse, Grover takes on the role of a marshal in the Old West.

He has made several appearances in a number of themed sketches with Fred, who is ever the voice of reason in Grover's perpetual inability to solve problems without a little help.

In addition to his various sketches, Marshal Grover has also made appearances in A Brief History of Motion Pictures, Elmo's World: Wild Wild West! and the Saskatchewan segment of Global Grover. Fred also made a cameo appearance in A Celebration of Me, Grover, attending Grover's benefit dinner.

Merchandise for Marshal Grover has included a plush doll 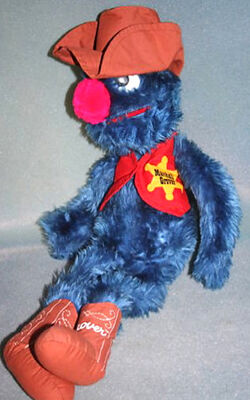 by Knickerbocker, a puzzle 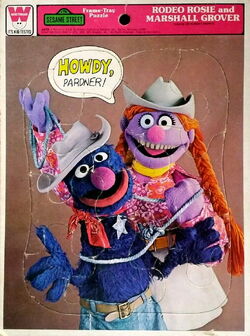 with Rodeo Rosie by Whitman, and a magic slate 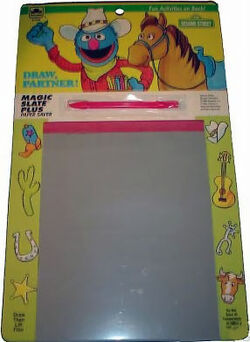 by Western Publishing. He was featured in Grover's Monster Album and makes several other appearances in books.