Mary Had a Bicycle 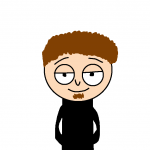