Max Headroom is a character, portrayed by Matt Frewer and designed to resemble a computer-generated figure, who originated in a 1985 British music video show. Headroom became ubiquitous in pop culture for a time, appearing in Coca-Cola commercials and in his own 1987 television series, also called Max Headroom.

In 1987, Max Headroom appeared on Sesame Street, reciting the alphabet in an insert. (First: Episode 2478) 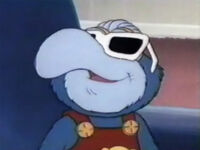 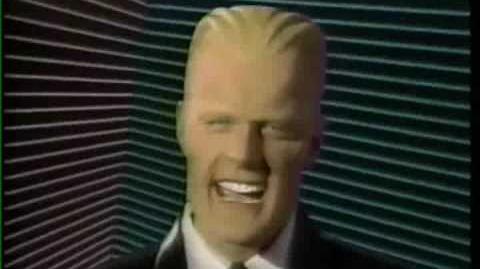 Max Headroom on Sesame Street
Add a photo to this gallery
Wikipedia has an article related to:
Max Headroom
Retrieved from "https://muppet.fandom.com/wiki/Max_Headroom?oldid=1178091"
Community content is available under CC-BY-SA unless otherwise noted.