Me Cookie! is a 1994 Sesame Street Little Golden Book featuring Cookie Monster as a toddler. It recounts the story of his earliest childhood development, when he was just called "Baby Monster" and slept with a stuffed pig, how "cookie" became his favorite word, and his struggle to communicate his name, Cookie Monster.

The book features a rare cameo appearance by Grover's Mom without her son, as an unnamed neighbor whose carrot garden is raided by the young Cookie.

The book was reprinted by Random House in 2009 as Furry Faces: Cookie Monster!, with a plush Cookie Monster head on the front of the book. 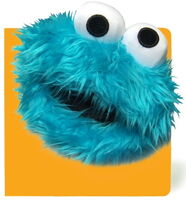 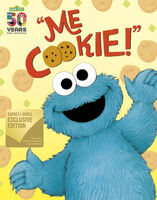