Me and My Monsters tells the story of the Carlson family - Nick (dad), Kate (mom), Angela (daughter), Eddie (son) - who have recently relocated from Australia to the UK to discover that there are three monsters - Norman, Fiend and Haggis - living in their basement. For Eddie, these monsters become the best friends a kid could have, but they become three more rowdy kids for Kate to deal with, a constant source of chaos and stress for Nick and an ongoing embarrassment for Angela.

The show debuted in the UK on BBC-CBBC television on Monday October 18, 2010, and aired daily on the network. The series had also been commissioned to air on ZDF in Germany and Network Ten and Nickelodeon in Australia. The Spanish dubbed version aired on Canal Once in Mexico. Distribution is handled by BBC Worldwide. 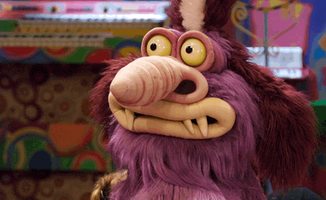 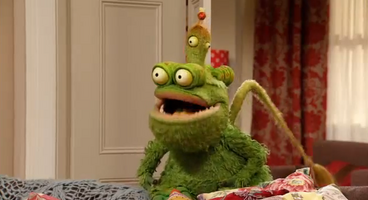 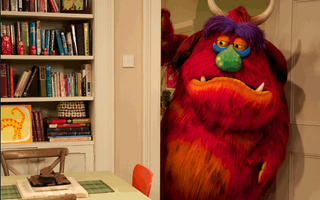 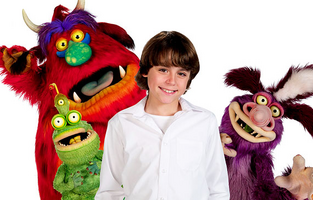 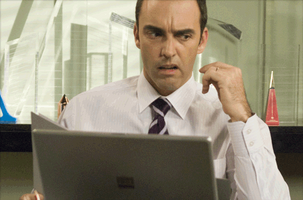 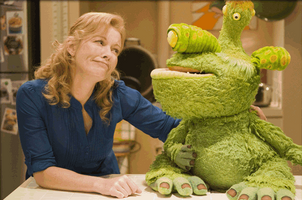 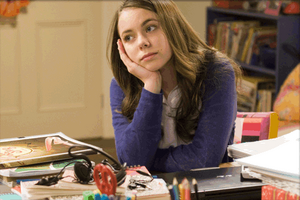 Angela CarlsonIvy Latimer
Add a photo to this gallery

Norman is an odd purple monster. He's a bit of an oddball — even by monster standards. Much of the time he appears to be in a world of his own. He does not speak English, but rather communicates in absurd strings of gibberish. The other monsters say that Norman is not crazy, he just seems that way.

Haggis is is a gigantic red and orange monster. He's a big loveable furball that often crashes through doors and makes rude noises. Although he may look tough, inside he's a real softy. Haggis scares easily (by creepy crawlies and even sudden movements). He's not very good at being a monster as he's even frightened of himself!

Fiend is a green multi-eyed monster and the smallest of the monsters. He's extremely talkative and is always willing to offer his advice - whether asked for it or not. Fiend is the leader - the boss of everything - because he says so.

The series was created by Mark Grant and features human actors alongside the three monsters (puppets developed by Henson's Creature Shop). The puppets were built in the UK by the Henson Creature Shop with puppet builders Niki Lyons, Jamie Campbell, Pete Brooks and Dan Carlisle.

In Australia, a region 4 DVD entitled "Me and My Monsters: Series 1: Episodes 1–7" was released; as the title suggests it contains the first seven episodes of the series along with a behind the scenes featurette in a single-disc release.

Retrieved from "https://muppet.fandom.com/wiki/Me_and_My_Monsters?oldid=1120722"
Community content is available under CC-BY-SA unless otherwise noted.