Mecha Builders is an animated Sesame Street spin-off. The series debuted on May 9, 2022 on Cartoon Network's Cartoonito who hold the broadcast television rights, with episodes released the following day on HBO Max for streaming.[1][2] A special preview episode aired on April 30, 2022.

The series is described as featuring "favorite Sesame Street characters as heroes in a robot-animation style."

The series was first announced in October 2019[3] and production started in May 2020.[4] The animation for the series is being produced by Canadian animation studio Guru Studio.[4]

A brief clip of an enlarged Cookie Monster mecha stomping through a city was shown in a Cartoon Network sizzle reel in February 2021 (YouTube). A social media post for New Years 2022 from Sesame Workshop revealed Elmo and Abby Cadabby in the designs used on the series.[5] 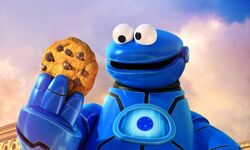 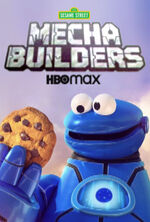 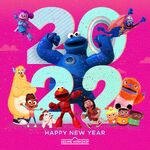