Meet the Peetes is a reality series that began airing on the Hallmark Channel in 2018. The series focuses on the life of actress Holly Robinson Peete and her family.

In the episode, Holly and Matt travel to New York City, after being invited by Benjamin Lehmann to participate in Sesame Street’s 50th anniversary celebration. The two honor their late father, Matt Robinson (Gordon from seasons 1 through 3), by reminiscing about his favorite spots in the city.

They arrive at Kaufman Astoria Studios, where Lehmann gives them a tour of the set, and they meet Big Bird, Grover, and Cookie Monster. They also meet the character their father created and voiced for the show, Roosevelt Franklin. After chatting with cameraman Frank Biondo, Holly is then seen recording a "Sesame Street Memory" scene about a time she appeared on the show, and then talks with Julia.

The episode features clips of Robinson as Gordon from the premiere episode of Sesame Street and the Roosevelt Franklin song "Days of the Week." 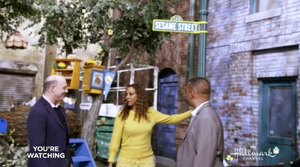 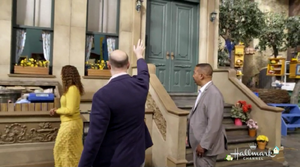 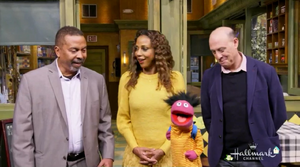 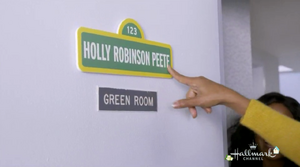 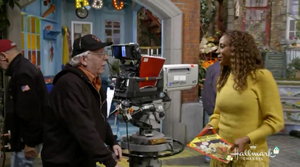 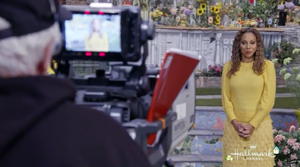 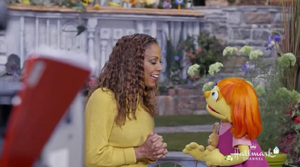 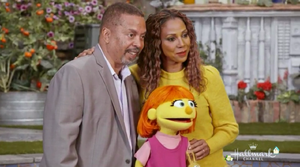 Wikipedia has an article related to:
Meet the Peetes
Retrieved from "https://muppet.fandom.com/wiki/Meet_the_Peetes?oldid=1226691"
Community content is available under CC-BY-SA unless otherwise noted.