Mermaids are a mythical creature from the sea, usually depicted as half woman, and half fish. They have appeared in stories from a number of cultures dating back centuries.

It has been suggested that the myth of mermaids may have come from sightings of manatees during voyages at sea. This was explored in the Animal Show episode "Manatee & Lemur."

In 1975, Jim Henson was awarded the Silver Mermaid Award for The Frog Prince at the First Fairytale Film Festival in Odense, Denmark. The award is a small replica of a famous statue in Copenhagen.[1]

One of the most popular stories about mermaids is Hans Christian Andersen's 1836 fairy tale, The Little Mermaid. Disney produced an animated version in 1989, which spawned a television pilot created by Jim Henson called The Little Mermaid's Island. 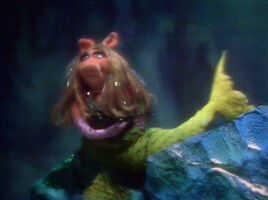 "Octopus' Garden" and "Baby Don't Get Hooked on Me" 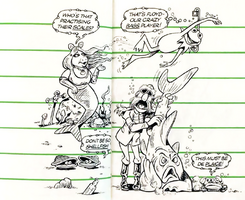 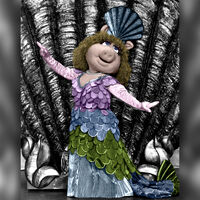 The Muppet Show: On Tour! 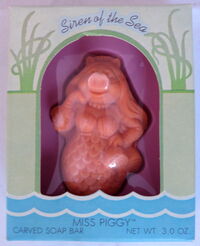 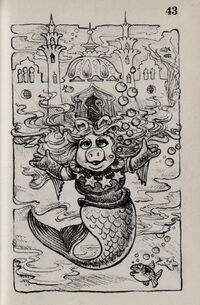 You Are the Star of a Muppet Adventure 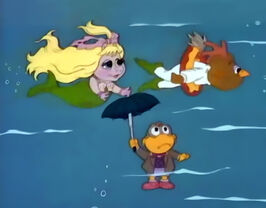 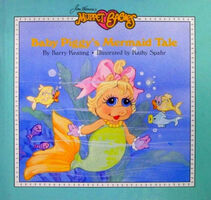 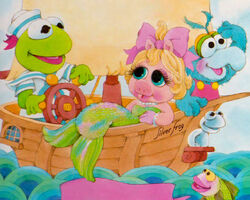 Make Believe with the Muppet Babies 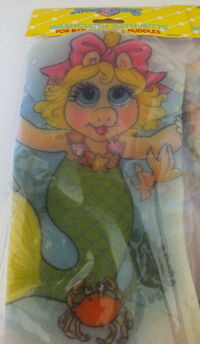 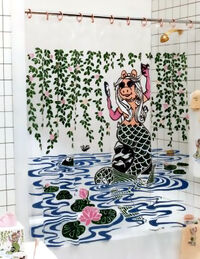 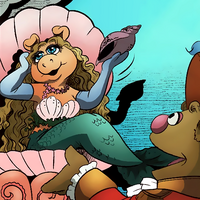 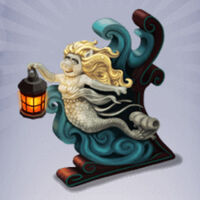 My Muppets Show, The Ship 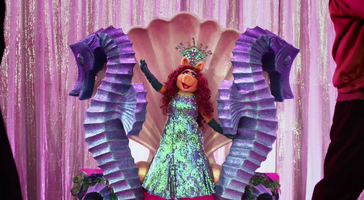 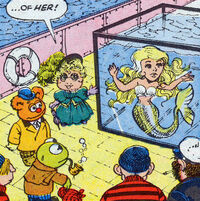 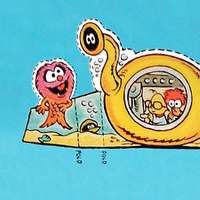 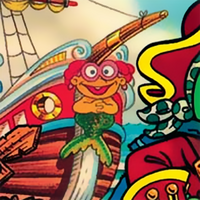 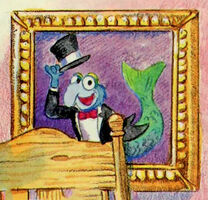 Zonzo's relative in What's a Gonzo? 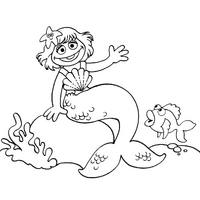 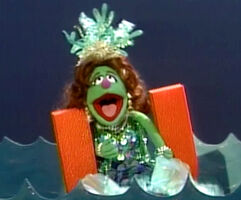 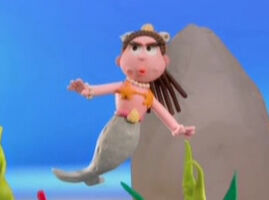 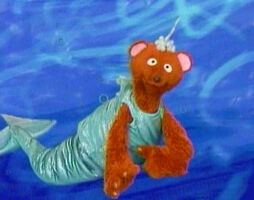 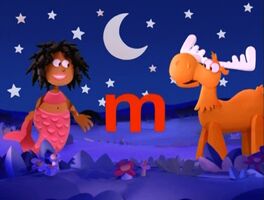 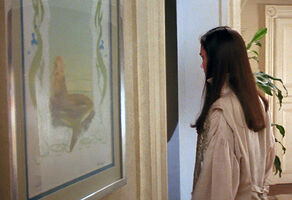 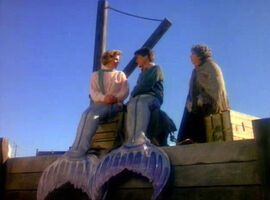 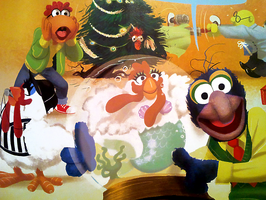 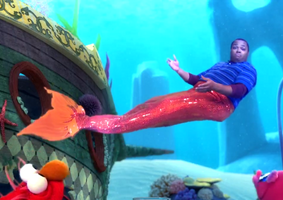 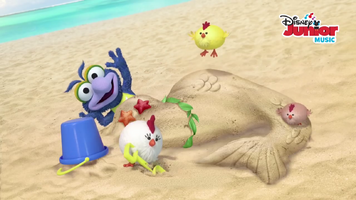 Baby Gonzo as a beached mermaid on Muppet Babies (2018) 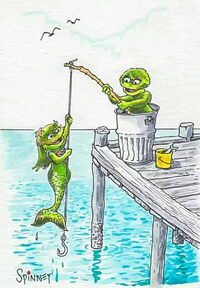 Grouch mermaid by Caroll Spinney
Add a photo to this gallery