Merry Christmas from Sesame Street, released in 1975, was Sesame Street's very first holiday-related album. It was nominated for a Grammy Award for Best Recording for Children, but lost to The Little Prince. Some of the songs and stories were used in the special, Christmas Eve on Sesame Street, three years later. The album was partially re-released in 1995 as A Sesame Street Christmas, although some of the tracks were altered to remove characters who were no longer on the show, and replace them with newer characters. 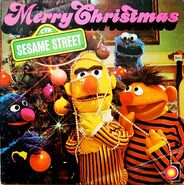 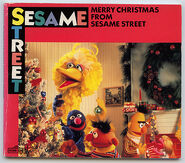 Retrieved from "https://muppet.fandom.com/wiki/Merry_Christmas_from_Sesame_Street?oldid=425767"
Community content is available under CC-BY-SA unless otherwise noted.