Michael Giacchino's Muppet credits include composing music for Muppet RaceMania, Muppet Monster Adventure, "The Kermambo" for the MuppeToon of the same name, and the score and some songs for The Muppets' Wizard of Oz. The song "When I'm With You" from Oz was nominated for an Emmy Award in 2005.

He has achieved critical acclaim for his scores to TV's Alias and Lost, and for several Pixar films including The Incredibles, Ratatouille, and Up (for which he won the Academy Award). Other scores include the third and fourth films in the Mission: Impossible series, all three of the rebooted Star Trek movies, and the pre-show and queue music for the Star Wars themed attraction Star Tours: The Adventures Continue in Disneyland and Walt Disney World.

Giacchino was quoted in Variety regarding the Muppets:[1]

“As big an influence as 'Star Wars' and 'Raiders of the Lost Ark' were, the Muppets were an equal inspiration. The Muppets taught me almost everything about humor, timing and music. I have this intense emotional connection to the Muppets.”

In 2017, Gonzo appeared in London at Michael Giacchino at 50, a live concert paying tribute to Giacchino's work. During the concert, Giacchino and Gonzo sang a duet of "I'm Going to Go Back There Someday". 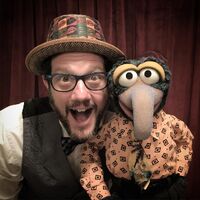 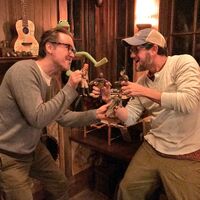 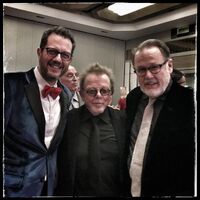 Giacchino at the Golden Score Awards with Paul Williams and Dave Goelz on December 3, 2017
Add a photo to this gallery

Wikipedia has an article related to:
Michael Giacchino
Retrieved from "https://muppet.fandom.com/wiki/Michael_Giacchino?oldid=1073728"
Community content is available under CC-BY-SA unless otherwise noted.