He is the son of Mickey Rooney, who had a cameo in one of the sequences choreographed by the younger Rooney. According to Jason Segel on the commentary for the Blu-ray release of The Muppets, Michael Rooney had been repeatedly calling Mickey Rooney "Dad" on set. Finally, Segel said, "You can't just call an old guy dad." Rooney replied, "No, that's my actual dad."

Rooney's other choreography credits include musical sequences in the films 500 Days of Summer and Clerks II, plus Dancing with the Stars. His work in countless music videos, commercials, and live stage appearances include collaborations with such performers as Kylie Minogue, Spice Girls, Bette Midler, Dolly Parton, Paula Abdul, and Michael Jackson. 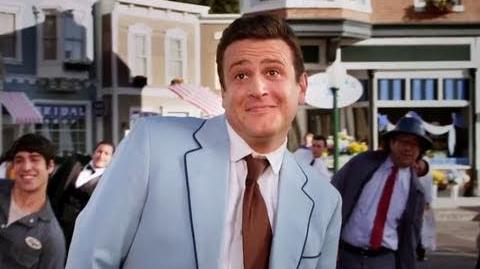 Wikipedia has an article related to:
Michael Rooney
Community content is available under CC-BY-SA unless otherwise noted.