Mike Petersen, also credited as Michael Petersen, is a Canadian puppeteer and actor who was born and raised in Victoria BC, where he learned a lifetime's worth of stagecraft thanks to a childhood spent hanging around at Bastion Children's Theatre. Mike performed on Fraggle Rock and in Labyrinth. Other credits include Audrey II in three Canadian theatre productions of Little Shop of Horrors, Bruce the Gorilla in the Gemini Award-winning pre-school series The Mighty Jungle, Binoo in Toopy and Binoo Vroom Vroom Zoom!, and Brandon Bear in the Emmy-nominated web series Miss Persona, now airing on TreeHouse.

From 1984 - 1994 Mike performed in many productions with Mermaid Theatre of Nova Scotia, including visits to Japan, Australia, the British Isles, all across Canada, and throughout the United States. He also toured Poland, Scotland and England with Teatr Arlekin and The Edinburgh Puppet Company's production of The Dancing Princesses. His autobiographical monologue Don't Get Me Started was performed at the Toronto Fringe Festival in 2005, featuring a Fraggle puppet built by Terry Angus. The play paid tribute to Petersen's two creative mentors: Jim Henson, and George Lucas.

Mike created and performed several characters in As You Puppet, a new adaptation of Shakespeare's As You Like It using stuffed animals. Designed as a child's introduction to Shakespeare, As You Puppet won "Best of the Fringe" during the 2009 Toronto Fringe Theatre Festival, and was picked up for a two-week run at Young People's Theatre (in Toronto) for its 2010/11 season.

His one-man Good Old Fashioned Punch & Judy Show has appeared in Toronto Buskerfest, the Puppets Up! festival in Almonte, Puppet All Sorts (twice!), and the SpringWorks Festival in Stratford.

Most recently, Mike co-wrote, co-designed, co-built, and co-performed (with puppeteer Alexandra Montagnese) A Short History of Niagara for Shaw Festival Theatre in Niagara-on-the-Lake, Ontario, commissioned for their 2021 season.

As a teacher of puppetry Mike has worked alongside Graham Whitehead at Mermaid Theatre, Allen MacInnis at YPT, Lynda Hill at Theatre Direct, Shawna Reiter at Clunk Puppet Lab, Seanna Kennedy (director of the first Canadian production of Avenue Q), and Bruce Dow, director of the first Canadian production of Thank You For Being A Friend: the ultimate Golden Girls experience at Lower Ossington Theatre, Toronto. He has also designed courses that introduce the basics of live animation for Humber College and The Toronto School of Puppetry.

Outside of puppetry, Mike has acted opposite Kevin Spacey in the feature film Casino Jack, opposite Dean Cain in the Hallmark Christmas special The Case for Christmas, and played emcee Papageno for the Mooredale Concerts "Music and Truffles" series, introducing children to classical music. 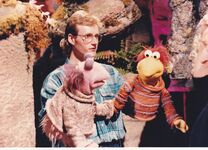 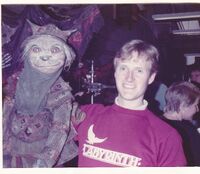 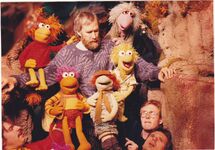 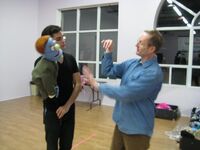