Minikins is a set of German PVC figures produced by Heimo, beginning in 1974. Heimo was the first company in the world to produce Sesame Street PVC figures. The set features the Sesamstrasse characters Samson and Tiffy, and quite a few secondary characters. Thezre were 21 figures in the set, including three different figures of Bert and Krümelmonster, and 2 figures of Ernie, Samson and Tiffy.

Heimo figures have no brand name, but they can be recognized by a small circle. The figures are quite small and were only sold in Europe. Various different color and material variants of these figures were released.

An Italian toy company, Fabianplastica, released a version of these figures in Italy. 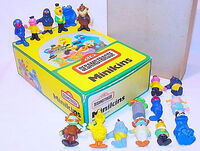 Bert as a fireman 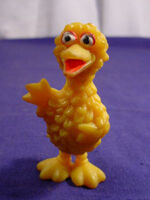 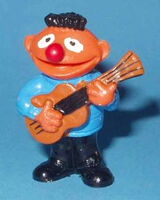 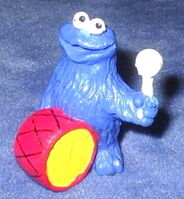 Krümelmonster as a chef 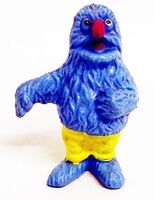 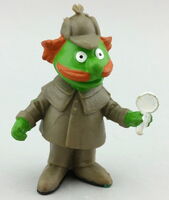 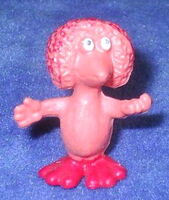 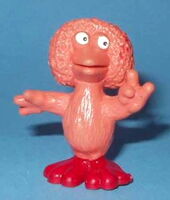 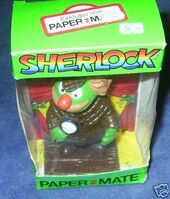 These figures appear to be part of the Minikins collection. They were given to children by Myer department store Santas in Australia throughout the 1980s.
Add a photo to this gallery

In 2016 some origin model prototypes where sold on Ebay. They where purchased from a private collector who bought the models direct from the Heimo factory. 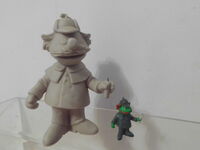 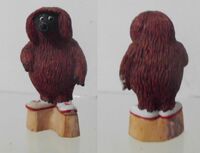 A 6cm colored plaster prototype from Tiffy
Add a photo to this gallery
Retrieved from "https://muppet.fandom.com/wiki/Minikins?oldid=1163878"
Community content is available under CC-BY-SA unless otherwise noted.