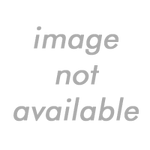 Raven’s Home
"It's Not Easy Being Green"
season 3, episode 13
Add a photo to this gallery

Adam Ruins Everything is a TruTV comedy series in which Adam Conover dispels commonly held misconceptions using humorous skits and thoroughly cited research. The concept started as a web series on the CollegeHumor site before spinning off into its own series.

The Starz series picks up 30 years after the events of the Evil Dead movies.

At Home with Amy Sedaris

Degrassi: The Next Generation

Darren: I'd have thought he's probably the second-richest frog in the world, after Kermit.
Barry: Kermit, yeah! There was his nephew, Robin...
Darren: Ah, Robin was good.
Barry: Looked set to take over the empire for a while, didn't he.
Darren: Oh yeah, he was a very good actor, and singer.
Barry: "Halfway Up the Stairs."
Darren: Good song.

A Netflix series built around the 1980s women's wrestling circuit.

In the season six episode "The Trophy Wife," Frankie describes her outlandish outfit by saying, "I was going for a Thunderdome meets Floyd Pepper from the Muppets vibe."

The Kids Are Alright

Kids in the Hall

The Knights of Prosperity

The Last Man on Earth

Man With a Plan

A Mary Tyler Moore vehicle which ran in 1979, and after the failure of Moore's variety show Mary, attempted to meld variety with a sitcom format ala The Mary Tyler Moore Show (even using the theme song), as TV star Mary McKinnon and her staff try to put on a show with a celebrity guest each week.

Mr. Show with Bob and David

The New Adventures of Old Christine

CBS sitcom (2006-2010) in which divorced Christine Campbell deals with her ex-husband (who is now dating a "new" Christine) and family.

Anthology series which ran from 1985-1992, adapting short stories by Ray Bradbury. In "The Handler" (1992), a poster for Dinosaurs ice cream appears on a wall, behind a sweeping worker.

Animated television show that first aired on Nickelodeon in 1991. This series focuses on the point of view of a group of babies, including Tommy Pickles, Chuckie Finster, Phil and Lil DeVille, and Angelica Pickles.

In the episode "Multicultural Tube of Meat," Griselda says Garrett has a meeting with the Times Square Off-Brand Elmos union. Later, Brady says he doesn't want to go to Moldova and hang out with "Dracula's grandkids counting all the time."

An American fantasy sitcom that aired as part of ABC’s TGIF Friday night lineup about Marty DePolo, who dies from eating a six-month-old hamburger from under Steve Beauchamp‘s bed on a dare and is then sent back to Earth as Steve's guardian angel.

An animated variety series similar to Animaniacs and produced by Steven Spielberg featuring Dr. Vic Frankenstein with his assistant Igor and their dim-witted Frankenstein monster known as Phil. The show featured rotating segments with other characters like a family of zombies called the Deadmans and a bratty girl named Melissa Screetch.

Maura: One of the things I wished for was that you people don't call me Moppa anymore. ... I just want to move away from Flopsy, Mopsy, huggable--
Shea: Like a Muppet.
Sarah's child: What do you want us to call you?
Sarah: How about Guh-guh?
Ali: Ugh. That's even more Muppety than Moppa.

A 2004 Nickelodeon sitcom, following the lives of young guitarist Addie Singer and her friends, Geena Fabianno and Zack Carter-Schwartz. Throughout every episode, Addie would sing and play her guitar to help her cope with whatever issue she's currently dealing with.

The Vicar of Dibley

Sitcom centered around Carli Mitchell, a single mom from a rough and tumble background, trying to give her three kids a better life by moving them to an upscale suburb.

In the episode "Street Smart," after Charlie tries to rap, Dylan says to him "I said street smart, not Sesame Street!"

Zach Stone is Gonna Be Famous