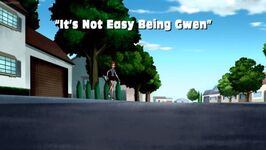 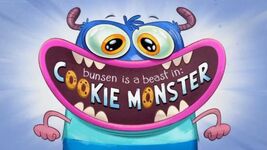 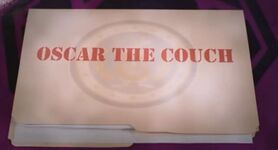 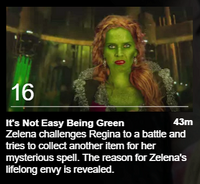 Once Upon a Time
"It's Not Easy Being Green"
season 3, episode 16 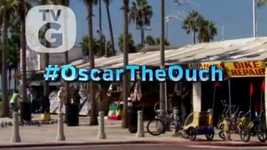 Wallykazam!
"The Cake Monster"
season 1, episode 11
Add a photo to this gallery

An American show on PBS, based on a British program of the same name.

The Starz series picks up 30 years after the events of the Evil dead movies.

At Home with Amy Sedaris

An MTV sitcom about a high schooler named Jenna and her friends and enemies.

An animated series on Cartoon Network's [adult swim] block, based on the movie of the same name.

An AMC series about a high school chemistry teacher who begins cooking meth after being diagnosed with cancer.

Cash Cab is a Discovery Channel television game show that takes place in a New York City taxi cab, where contestants must answer trivia questions for different amounts of money whilst trying to get to their destination without getting three wrong answers and getting kicked out.

This series pairs teams of two with a celebrity. Each member is given clues to a different celebrity, and has to guess the celebrity's name.

Satirical animated limited series aired on PBS in 2008, loosely inspired by NPR's Car Talk and featuring numerous jokes about public television and radio. In one episode [cite], Big Bird and Cookie Monster beat up Click and Clack after their station fails to meet its fundraising goals.

Corner Gas is a Canadian TV show set in Dog River, Saskatchewan, which originally aired on CTV, and replays in weekday syndication on CTV2.

Degrassi: The Next Generation

Dexter's Laboratory originated as a part of Cartoon Network's What A Cartoon! show before becoming it's own series, which initially ran from 1996 to 2003.

Jocelyn Bashford: [crying] God, I'm so emo.
Margaret Bashford: I have to say, there's a part of me that's not sad to see someone mourning my friend.
Jocelyn: Is that what this is?
Margaret: You lost your mother. It's only natural you'd be so Elmo.
Jocelyn: Emo.
Margaret: That's not a word, sweetie.

[Claire wakes up Topher by sexually seducing him]
Topher Brink: What the hell? Are you drunk?
Claire Saunders: I'm just trying to be my best.
Topher: Whoah, I don't want your best.
Claire: [notices his arousal] Well, I think you do.
Topher: [covering his crotch] That is the minority vote. And you tricked it. Okay? A guy's asleep... could'a been Fozzie Bear and it would have...
Topher: [gestures]
Topher: Not that I think about Fozzie Bear.

"Hector Martin?"
"Apparently he's the real head of Actaeon."
"I thought Barbie's father was?"
"Yeah, so do I. Turns out this dude was running it the whole time."
"Why would he hide his involvement?"
"Maybe because, from what I can tell, the government has their hand so far up him, he's a Muppet. A rich, powerful, and very bad Muppet."

This reality show format, which originated in Japan, has entrepreneurs try to get a deal from up to five investors for a percentage of their company. This format has been exported to many countries, including the United States series Shark Tank on ABC.

Amy: Grover.
Ephram: Grover?
Amy: It's my nickname. I always loved Grover as a kid. I know for most kids it's all Winnie the Pooh and Hello Kitty, occasionally Strawberry Shortcake, but for me, life was about a little blue Muppet named Grover.
Ephram: Well, Grover was a very underrated Muppet.

Hannah: Is that Bright wearing Muppet slippers?
Dr. Abbott: Ah, yes. Bright was oddly bewitched by Miss Piggy. And Amy simply would not remove her Fozzie Bears for all the tea in China.

Everybody Hates Chris is a sitcom narrated by and loosely based on the life of Chris Rock.

Darren: I'd have thought he's probably the second-richest frog in the world, after Kermit.
Barry: Kermit, yeah! There was his nephew, Robin...
Darren: Ah, Robin was good.
Barry: Looked set to take over the empire for a while, didn't he.
Darren: Oh yeah, he was a very good actor, and singer.
Barry: "Halfway Up the Stairs".
Darren: Good song.

Ghostwriter was a CTW show which aired on PBS. Focusing on a group of young detectives who work with a ghost (who manifests by rearranging words and writing), most stories were serialized in four or five parts.

The Great British Bake Off

It's Always Sunny in Philadelphia

Kids in the Hall

The Knights of Prosperity

The Last Man on Earth

Let's Make a Deal is a game show which has aired in various incarnations since 1963.

Mr. Show with Bob and David

A FOX sitcom based on the stand-up comedy of John Mulaney, who also stars as the eponymous protagonist.

My Life as a Teenage Robot

Never Mind the Buzzcocks was a long-running comedy panel game show focused on music that ran on BBC Two from 1996 to 2015.

A single-camera sitcom that aired on NBC from 2009-2015, revolving around the lives of the employees of the Pawnee, Indiana Parks and Recreation Department.

Animated series that aired on the Disney Channel from September 2001 to August 2005. The show centered around an African-American teenager, Penny, her family, and her friends.

A topical comedy panel discussion show, airing on HBO, and led by the former host of Politically Incorrect, Bill Maher.

Animated television show that first aired on Nickelodeon in 1991. This series focuses on the point of view of a group of babies, including Tommy Pickles, Chuckie Finster, Phil and Lil, and Angelica Pickles.

The 2011 US version of the UK series airing on Showtime set in Chicago's South Side Back of the Yards neighborhood.

Veronica: What good is a dress if I don't have a priest?
Debbie: You could hire an actor. Remember the guy who played Elmo at my birthday party?
Fiona: You remember that?
Debbie: He took his head off. It was traumatizing.

Entertainment show on the E! Network that features clips of other talk shows.

This Hour Has 22 Minutes

An animated variety series similar to Animaniacs and produced by Steven Spielberg featuring Dr. Vic Frankenstein with his assistant Igor and their dim-witted Frankenstein monster known as Phil. The show featured rotating segments with other characters like a family of zombies called the Deadman and a bratty girl named Melissa Screetch.

A 2004 Nickelodeon sitcom, following the lives of young guitarist Addie Singer (Emma Roberts) and her friends, Geena Fabianno (Malese Jow) and Zack Carter-Schwartz (Jordan Calloway). Throughout every episode, Addie would sing and play her guitar to help her cope with whatever issue she's currently dealing with.

A sitcom created by Ron Leavitt, who also created Married with Children, which aired on the WB from 1995 to 1999 which centered on Jack Malloy, the father of a dysfunctional family, and his best friend, a stuffed animal rabbit named Mr. Floppy voiced by Bob Goldthwait.

The Vicar of Dibley

A Canadian show where 5 people pick music videos and make harsh, comedic comments on them and at the end they give verdicts of whether the performers were guilty or not.

Jack: In order for us to forgive you, you'll perform the following task. You must sing "The Twelve Days of Christmas."
Will: I can do that.
Jack: As the Count, from Sesame Street.
Will: [Romanian accent, imitating the Count] On the first day of Christmas, my true love gave to me... That's one, one day! Ah ha ha!
Jack and Karen laugh and clap

Sitcom centered around a rock-and-roll radio station, which ran from 1978 until 1982.

Sitcom centered around Carli Mitchell (Melissa Peterman), a single mom from a rough and tumble background, trying to give her three kids a better life by moving them to an upscale suburb.

Zach Stone is Gonna Be Famous

Retrieved from "https://muppet.fandom.com/wiki/Minor_TV_Mentions?oldid=1021492"
Community content is available under CC-BY-SA unless otherwise noted.