Miranda Richardson (b. 1958) is a British actress and two-time Academy Award nominee. She is perhaps best known for playing a petulant Queen Elizabeth I on Blackadder and later played Rita Skeeter in Harry Potter and the Goblet of Fire. Her other credits include the voice of Mrs. Tweedy in the animated feature Chicken Run, Vanessa Bell in The Hours, and a dual role as Lady Van Tassell and the Witch in Tim Burton's Sleepy Hollow.

Richardson appeared in multiple Creature Shop TV productions, playing the witch in The StoryTeller episode "The Three Ravens", Queen Mab and the Lady of the Lake in the TV-movie Merlin, and the Queen of Hearts in the 1999 version of Alice in Wonderland. 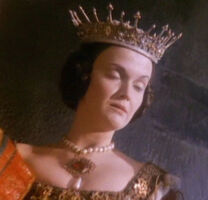 The StoryTellerThe Witch
"The Three Ravens" 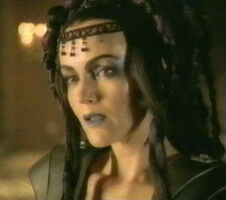 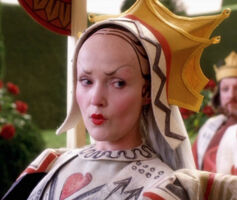 Alice in WonderlandThe Queen of Hearts 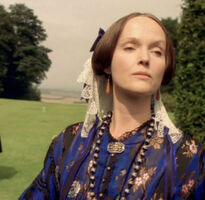 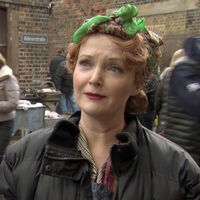 Muppets Most WantedBerliner at Window

Wikipedia has an article related to:
Miranda Richardson
Community content is available under CC-BY-SA unless otherwise noted.
Advertisement