In the third episode of the second season, released in November 2016, Miss Piggy holds the elevator for Zosia Mamet who are both on their way to a party. Piggy notices Zosia wearing the same coat as her. The ladies argue over who they agreed would wear the coat, but eventually make up.

Eric Jacobson and Paul McGinnis are both credited as "muppet performer." 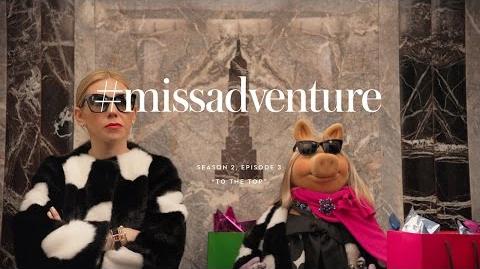 Missadventure season 2, episode 3 "to the top"
Episode 203: to the top
Add a photo to this gallery

Retrieved from "https://muppet.fandom.com/wiki/Miss_Adventure?oldid=1164948"
Community content is available under CC-BY-SA unless otherwise noted.