Moishe Oofnik (מוישה אופניק) is a brown Grouch who lives in a broken car. He's the resident Grouch on Rechov Sumsum, the Israeli co-production of Sesame Street. He also appeared in the bilingual version, Shalom Sesame and the later Israeli-Palestinian co-production Rechov Sumsum/Shara'a Simsim. In 2006, he returned for the new version of Rechov Sumsum, where he resides in a recycling bin.

He is the cousin of Oscar the Grouch, and, not surprisingly, shares many of his cousin's tastes. Rather than celebrating Rosh Hashanah by dipping apple slices into honey for a sweet new year, Moishe tells us that Oofniks prefer to dip them into sardine grease so the new year will be slimy. He loves to hear Itzhak Perlman play violin, so long as the music is off-key. If he responds lovingly to flowers and puppies, it's probably a sign that he's come down with a bad case of spring fever. According to one scene from the show (re-dubbed for the Shalom Sesame episode "Tel Aviv"), Moishe's grandfather was a pioneer and the first Grouch in Israel.

Oofnik is the only Israeli Muppet who has endured since the first incarnation of Rechov Sumsum. Haim Idisis, a long-time scriptwriter for the show, explained his longevity:

“Oofnik is probably the only lasting character. Those types always survive, he'll stay shut in his trash can and survive. He's not young, but he'll stay childish forever.[1]”

His surname, Oofnik, is Hebrew for Grouch. In 1993, he and Kippi Ben Kippod appeared on Sesame Street Stays Up Late, to show how Israel rings in the New Year. However, the character was introduced as Oofnik the Grouch, a redundant label. He also makes a cameo (albeit colored yellow) in the first Sesame Street comic book issue. 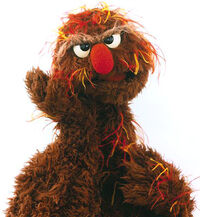 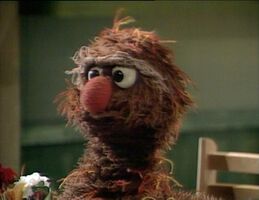 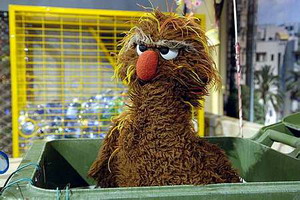 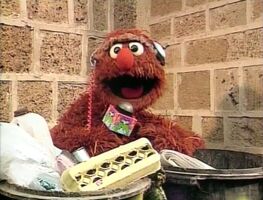 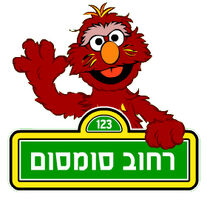