Elmo meets a new friend, a blue monster named Angela. He goes over to her house, which is in an all-blue monster neighborhood. Her family is surprised when he doesn't want to watch Supermonster -- they thought all red monsters liked Supermonster. They are also curious to learn he likes the same foods as them, rather than special "red-monster" foods.

Later, Angela visits Elmo's house, and finds that the monsters in his family come in several colors. Elmo's aunt offers to make Angela spaghetti, and is surprised when Angela says she likes the chicken and fruit salad everyone else is eating. Angela also meets Elmo's friends -- including orange monsters, green monsters and big yellow birds. After an afternoon playing with all of them she is eager to return to Sesame Street.

The book was reissued again under its original title on January 29, 2019, by Random House. 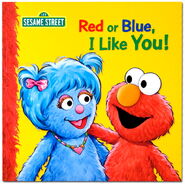 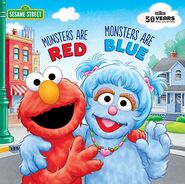 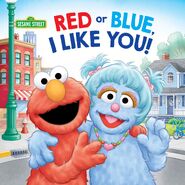 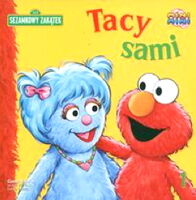