Movie Minis is a set of die-cast Muppet metal figurines produced by the Imaginations company in 1988. The set, a parody of the characters in the film Gone with the Wind, contains six Muppet characters. The back of the packaging has a graphic of each featured Muppet and explains the roles of each character in the set. The figurines were also available to purchase individually.

Gonzo was the star of the movie as "Rhett Gonzo, the Leading Leaning Man", opposite Miss Piggy as "Miss Scarlett O'Piggy". Supporting artiste Fozzie Bear played General "Wocka Wocka" Jackson. Behind the scenes, Kermit the Frog was billed as the director, "Kermit von Frog" (a reference to director Erich von Stroheim). Rowlf the Dog was the "Musical Director (No Bones About It)", and Animal offered his assistance as the "Film Editor/Eater". 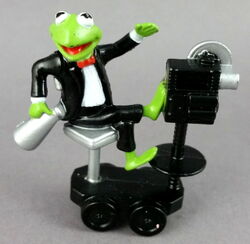 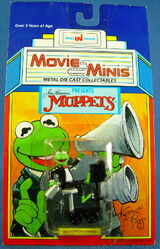 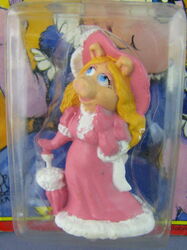 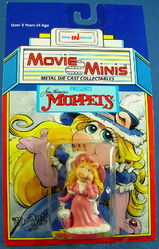 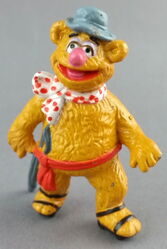 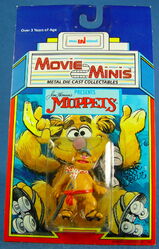 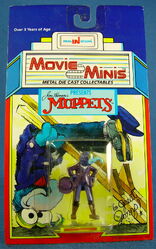 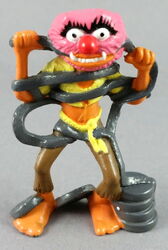 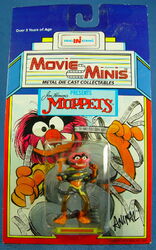 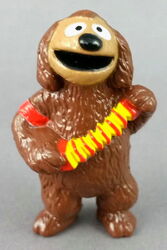 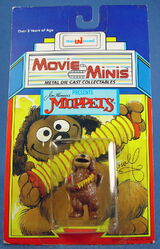 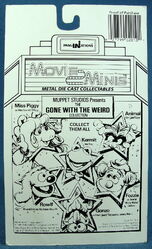 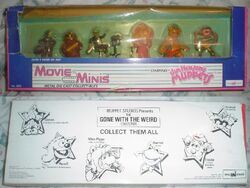 Add a photo to this gallery
Retrieved from "https://muppet.fandom.com/wiki/Movie_Minis?oldid=1096588"
Community content is available under CC-BY-SA unless otherwise noted.