“Movin’ With Nancy, Nice ‘n’ Easy was taped at NBC Burbank studios. It’s a shame we couldn’t finish it (no money) because it would have been a good show. What we have of it is more a collection of what would now be called music videos. They are still entertaining and fun – especially the Muppets segments.” - Nancy Sinatra

The following is a list of songs performed on the show. 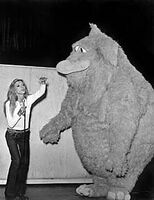 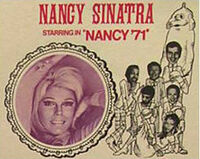 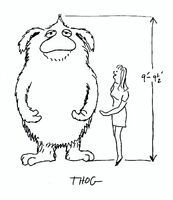 Concept sketch of Thog by Jim Henson made for Nancy Sinatra's show.
Add a photo to this gallery

Retrieved from "https://muppet.fandom.com/wiki/Movin%27_with_Nancy:_Nice_%27n%27_Easy?oldid=1117331"
Community content is available under CC-BY-SA unless otherwise noted.