Mr. David Handford owned and operated Hooper's Store on Sesame Street from 1989 to 1998. Mr. Handford was a retired firefighter, who bought the store from David in order to keep active. In his earliest appearances, he often offered fire safety messages. In Episode 2791, he reveals that he worked in a library through high school, then moved onto the fire department for twenty years until retirement, using his savings to buy the store. In Episode 3688, he also revealed was also a part of a doo-wop group called "The Handford Five" in his youth.

No specific explanation was given, on screen, for Mr. Handford's departure - Season 29 simply ended with him running Hooper's, and Season 30 began with Alan taking over; Sesame Workshop's official website cited that Mr. Handford had simply sold the store to Alan in 1998.[1] 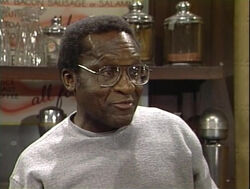 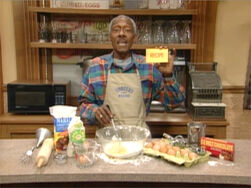