Mr. Hooper's Picture figured prominently in the 1983 episode 1839 of Sesame Street, which addressed the death of Mr. Hooper following the real-life death of actor Will Lee. In the episode, Big Bird has drawn portraits of all of his human friends and is handing them out as gifts. Big Bird is eager to give Mr. Hooper his portrait, but the adults explain that Mr. Hooper died, and that when someone dies, he never comes back.

Near the end of the episode, Big Bird hangs the picture in his nest area as a remembrance. In subsequent episodes, the picture becomes a prominent background prop and continuing memorial to Mr. Hooper. The actual drawing was done by Caroll Spinney, Big Bird's performer and a cartoonist in his own right.[1]

In Episode 3611, bird art collector Leo Birdelli offers Big Bird one hundred bags of birdseed in exchange for the picture. Big Bird refused, explaining that it was hard enough saying goodbye to Mr. Hooper once, and he couldn't say goodbye again. Template:SSvideo

Mr. Hooper's picture, along with Radar, are the only two belongings that Big Bird takes from his nest when he is forced to relocate after it is destroyed by a hurricane. He props it up next to his makeshift nest in Maria and Luis's apartment in episode 3978.

The same caricature of Mr. Hooper replaces the head of George Washington on dollar bills seen in the resource video For Me, For You, For Later and a 2011 episode.

Joe Mathieu duplicated the picture three times (once on the cover and twice in the book proper) in I'll Miss You, Mr. Hooper. Another variant appeared briefly near the beginning and ending of the film Follow That Bird and shows Mr. Hooper facing in the opposite direction from the original. Spinney himself redrew the picture for his memoir The Wisdom of Big Bird. 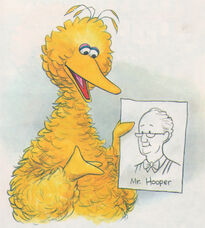 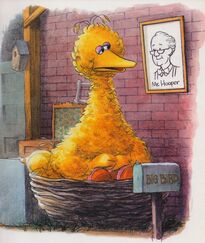 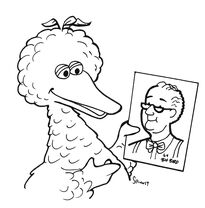 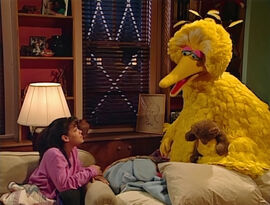 Big Bird props the picture on the windowsill next to his nest of pillows when he is forced to stay with Maria and Luis after the hurricane. 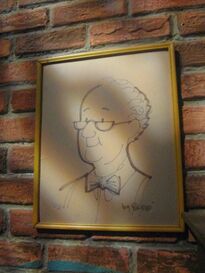 A replica of the original drawing as it hung in 2009 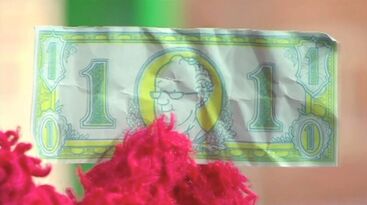 A version of the drawing in For Me, For You, For Later.
Add a photo to this gallery

Retrieved from "https://muppet.fandom.com/wiki/Mr._Hooper%27s_picture?oldid=783306"
Community content is available under CC-BY-SA unless otherwise noted.