Based on Robert Barry's 1963 book, the story follows a family of mice living in the wealthy and eccentric Mr. Willowby's house. They decide to start the hunt for the perfect Christmas tree (namely, chopping off the top of the perfect tree Mr. Willowby has brought home). However, while they continually attempt to take their piece of tree, the top of the tree is passed around from humans to animals, each one taking just enough of the tree to make it the perfect size for them. Through this adventure, the mice see how others celebrate Christmas, and Mr. Willowby's friends and employees learn a little about Christmas magic too.

A dubbed NTSC DVD was released in Mexico. 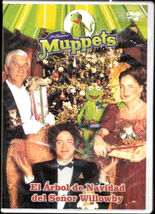