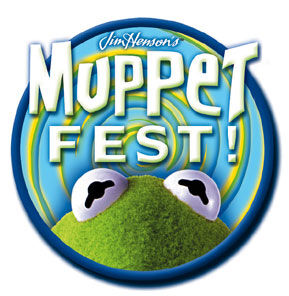 MuppetFest was a two-day convention for Muppet fans held on December 8th and 9th, 2001, in Santa Monica, California. The convention, a celebration of the 25th anniversary of The Muppet Show, included two days of panels and presentations, and a live show -- The Muppet Show Live -- at the end of the second day.

The Muppet Show: 25 Years pin
Add a photo to this gallery

Retrieved from "https://muppet.fandom.com/wiki/MuppetFest?oldid=1334212"
Community content is available under CC-BY-SA unless otherwise noted.